Visiting the Warner Bros. Harry Potter studios has been one of the best experiences of my life. I got to see and experience the magic behind the Harry Potter movies and witness first hand all the work and effort that it involved. It was honestly worth every penny and I would visit it again if I could. I hope these pictures will give you a taste of it’s magic x 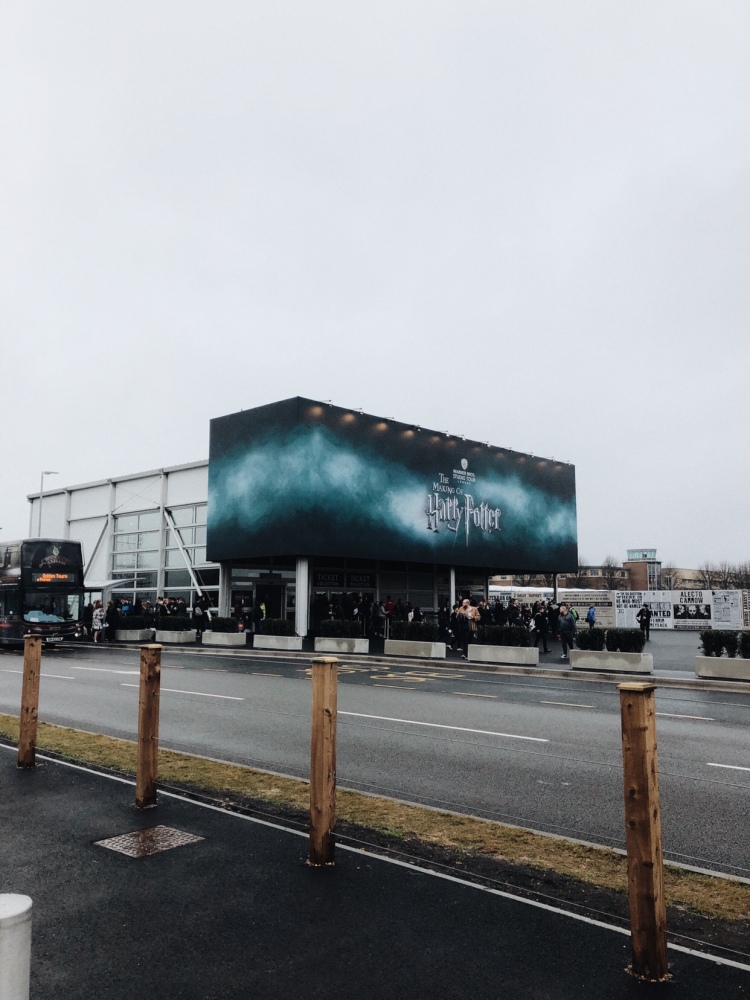 “He couldn’t know that at this very moment, people meeting in secret all over the country were holding up their glasses and saying in hushed voices: ‘TO HARRY POTTER- THE BOY WHO LIVED”. 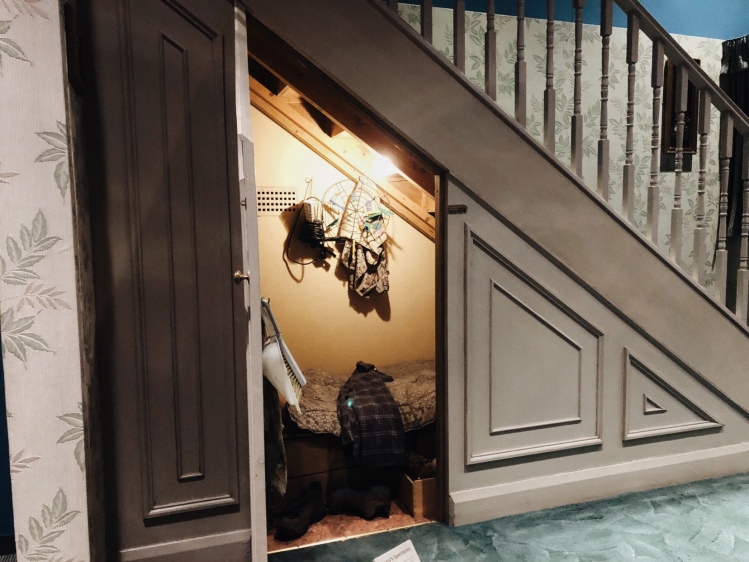 “Mr. H. Potter, The cupboard under the stairs…” 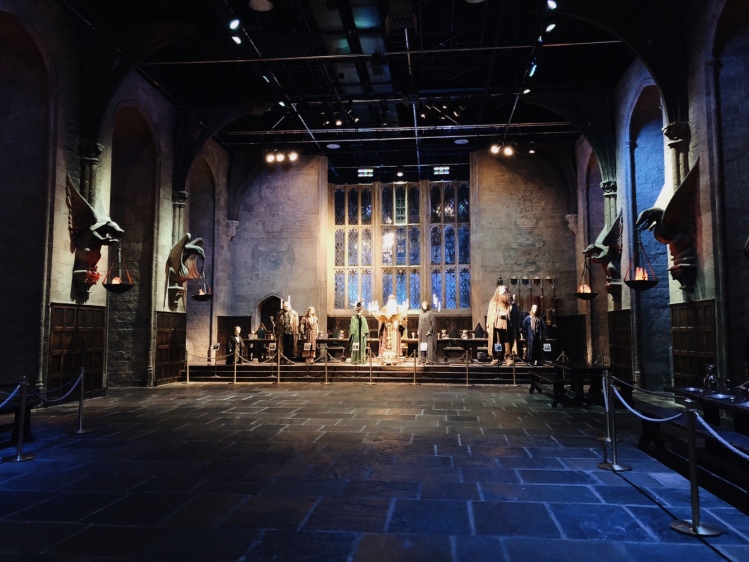 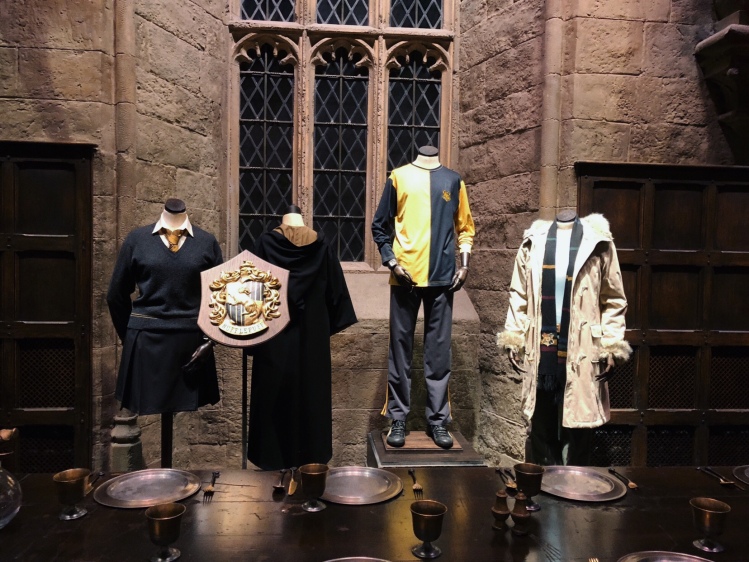 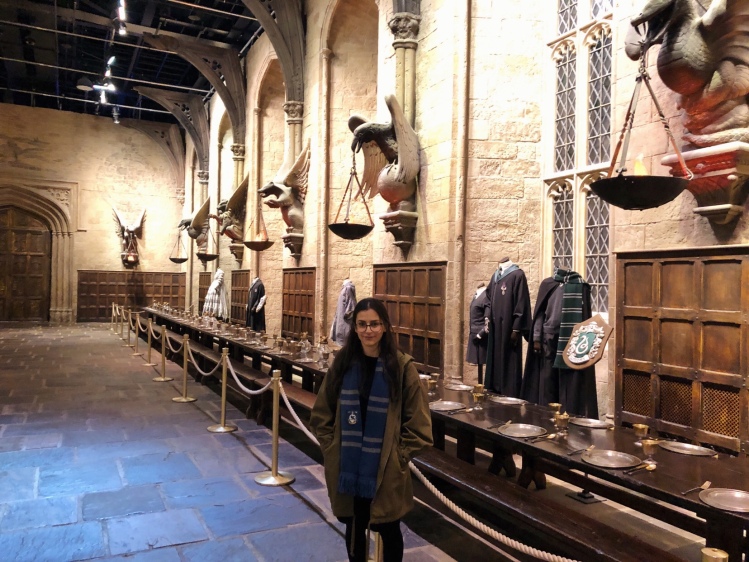 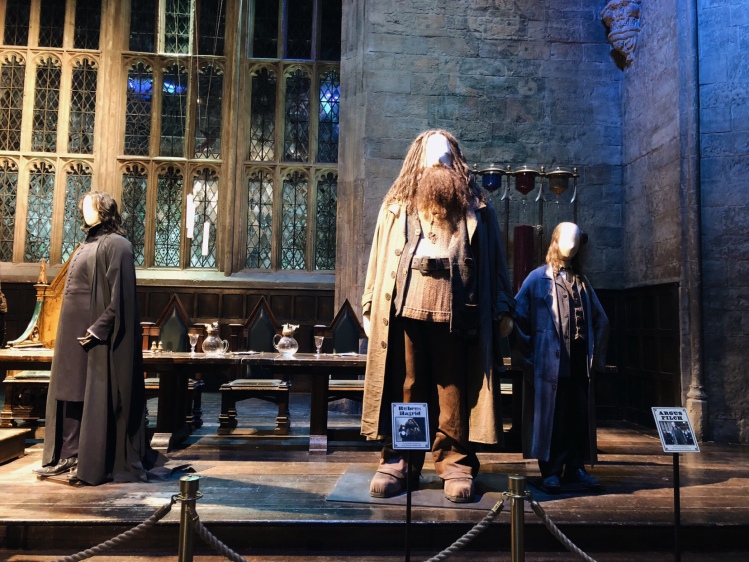 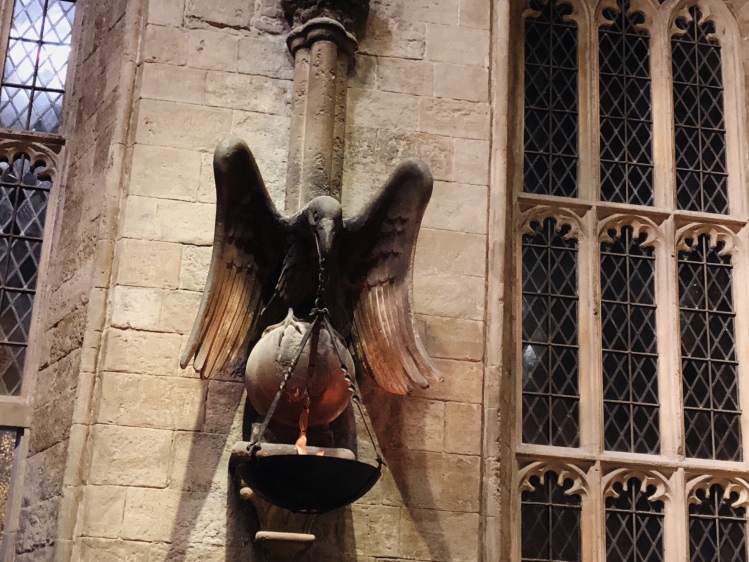 “It was lit by thousands and thousands of candles that were floating in midair over four long tables, where the rest of the students were sitting. These tables were laid with glittering golden plates and goblets. At the top of the hall was another long table where the teachers were sitting […] The hundreds of faces staring at them looked like pale lanterns in the flickering candlelight […]Harry looked upward and saw a velvety black ceiling dotted with stars […] It was hard to believe there was a ceiling there at all, and that the Great Hall didn’t simply open on to the heaven.“

“Want to come to the ball with me?” 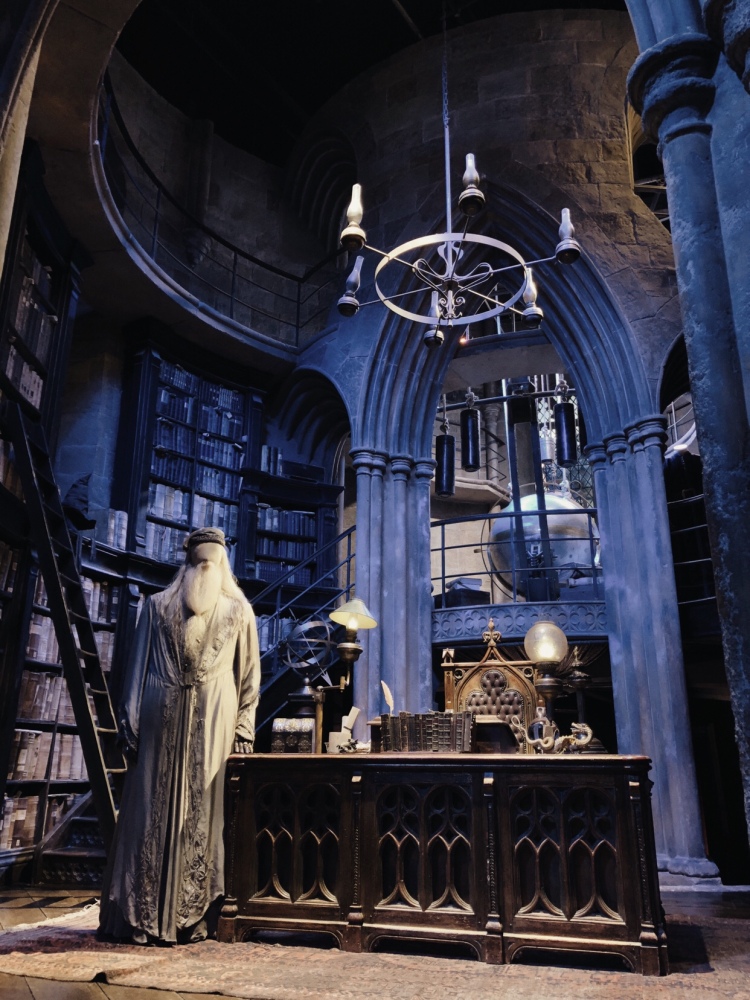 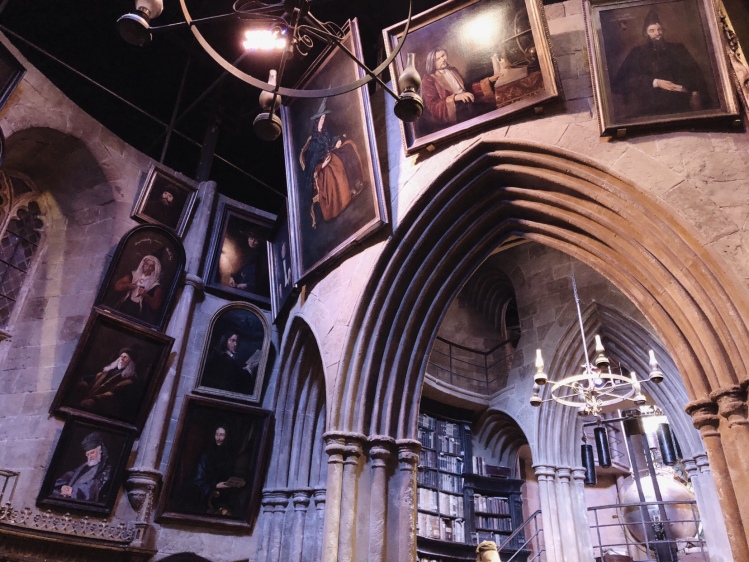 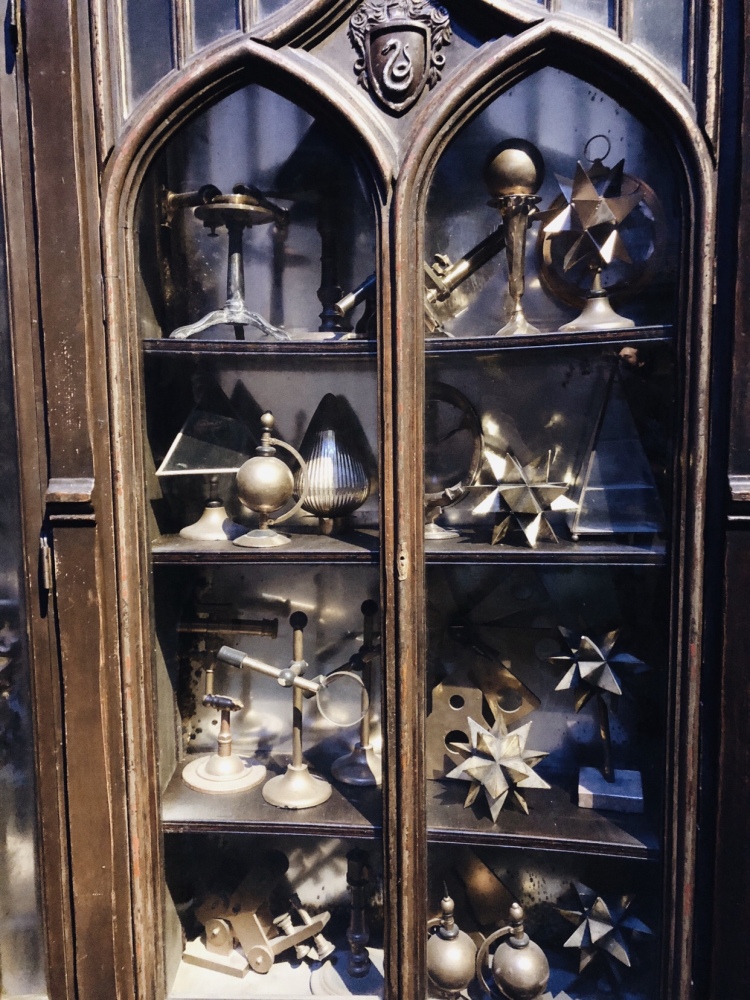 One thing was certain: of all the teachers’ offices Harry had visited so far this year, Dumbledore’s was by far the most interesting… It was a large and beautiful circular room, full of funny little noises. A number of curious silver instruments stood on spindle-legged tables, whirring and emitting little puffs of smoke. The walls were covered with portraits of old headmasters and headmistresses, all of whom were snoozing gently in their frames. There was also an enormous, claw-footed desk, and, sitting on a shelf behind it, a shabby, tainted wizard’s hat — the Sorting Hat.

“…the portrait swung forward to reveal a round hole in the wall. They all scrambled through it — and found themselves in the Gryffindor common room, a cosy, round room full of squashy armchairs.“ 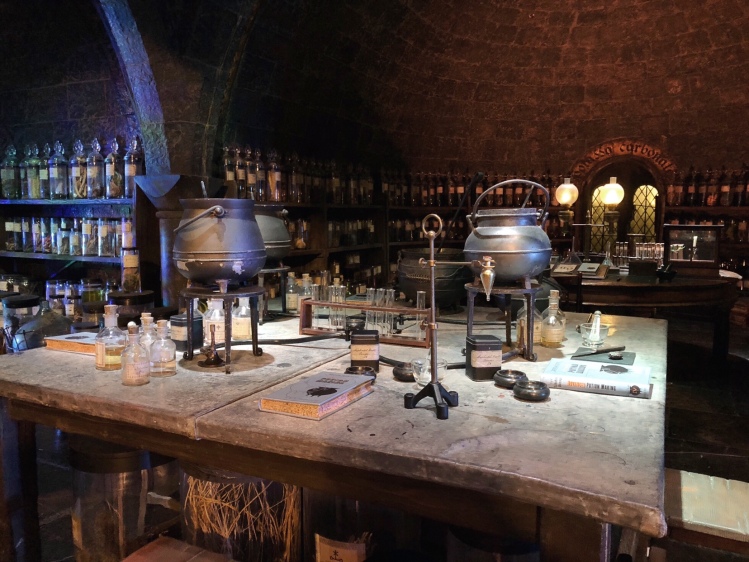 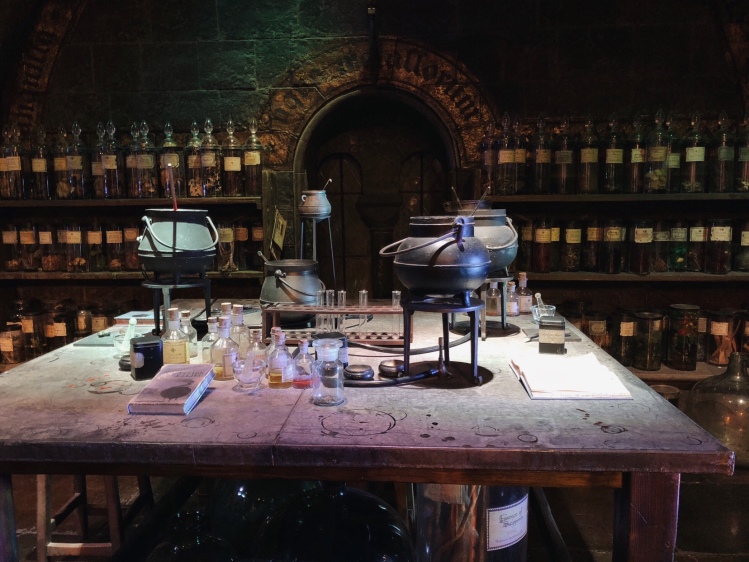 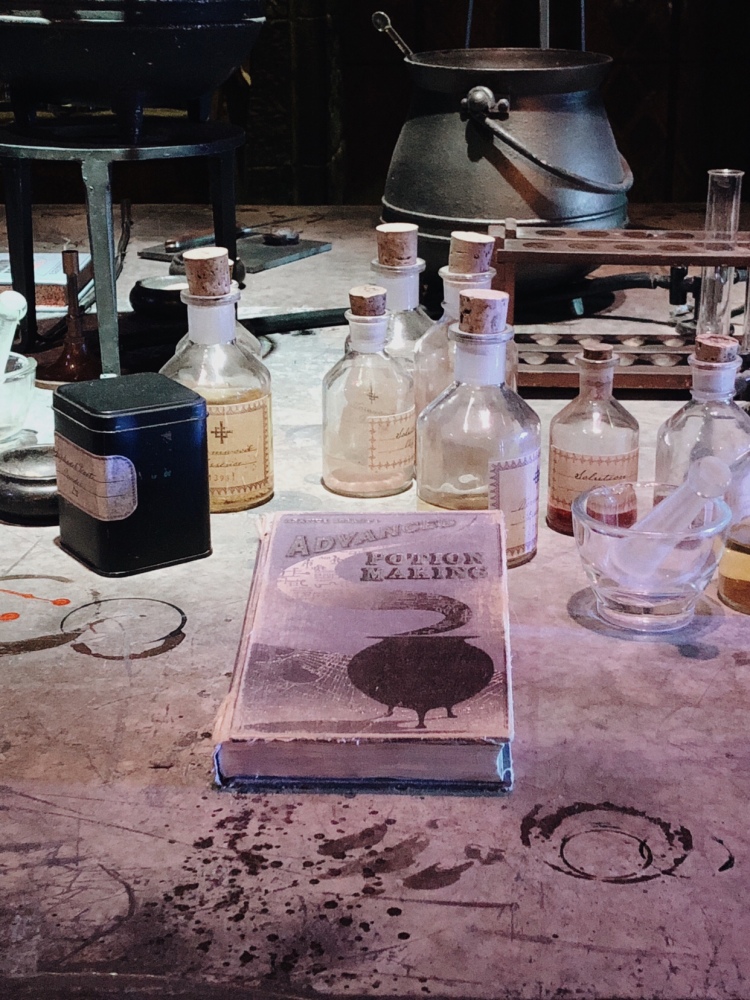 “You are here to learn the subtle science and exact art of potion-making,” he began. He spoke in barely more than a whisper, but they caught every word—like Professor McGonagall, Snape had the gift of keeping a class silent without effort. “As there is little foolish wand-waving here, many of you will hardly believe this is magic. I don’t expect you will really understand the beauty of the softly simmering cauldron with its shimmering fumes, the delicate power of liquids that creep through human veins, bewitching the mind, ensnaring the senses… I can teach you how to bottle fame, brew glory, even stopper death—if you aren’t as big a bunch of dunderheads as I usually have to teach.” 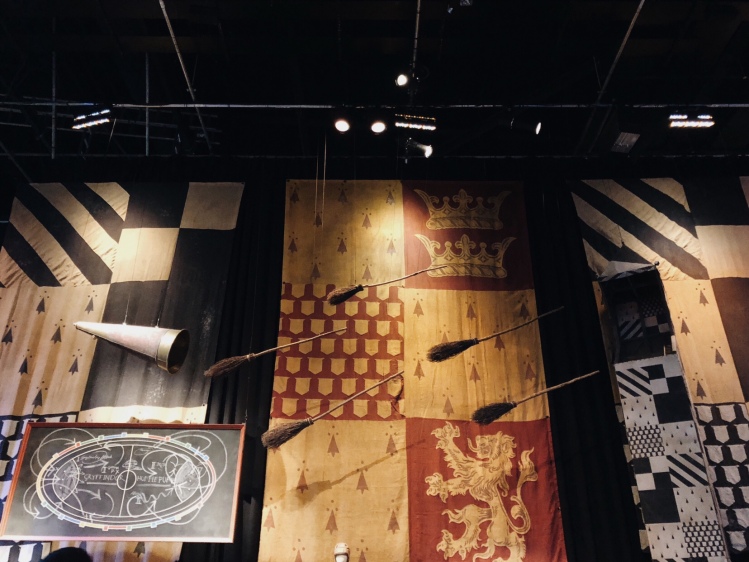 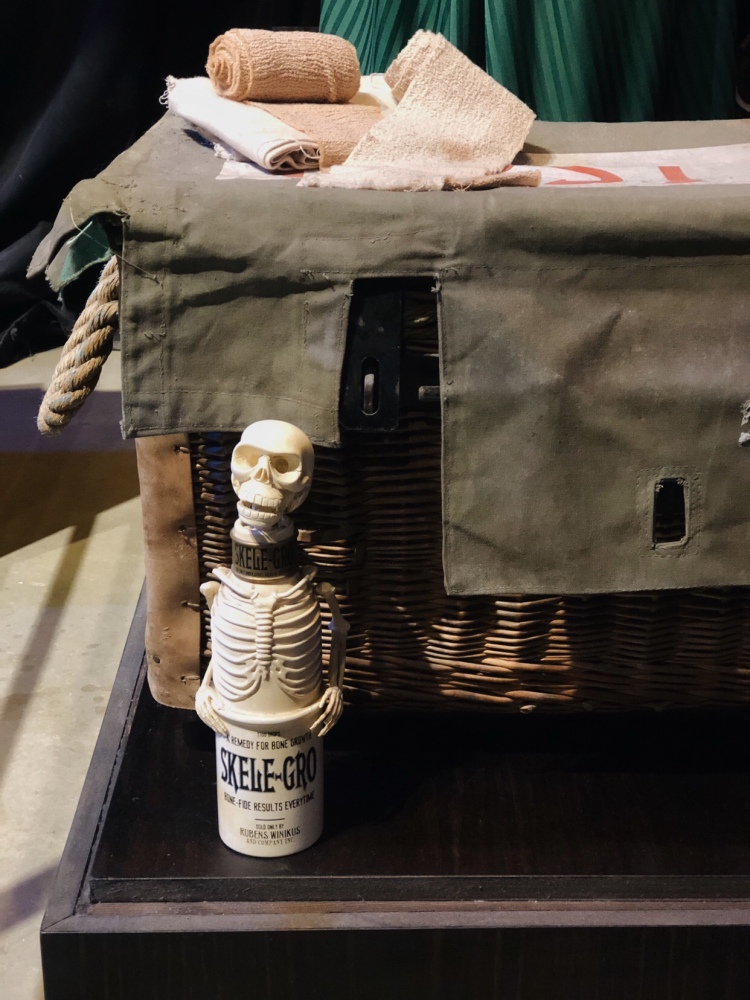 “I don’t care if you fall off your broom as long as you catch the Snitch first.”

Life at the Burrow was as different as possible from life on Privet Drive. The Dursleys liked everything neat and ordered; the Weasleys’ house burst with the strange and unexpected. Harry got a shock the first time he looked in the mirror over the kitchen mantelpiece and it shouted, “Tuck your shirt in, scruffy!” The ghoul in the attic howled and dropped pipes whenever he felt things were getting too quiet, and small explosions from Fed and George’s bedroom were considered perfectly normal. What Harry found most unusual about life at Ron’s, however, wasn’t the talking mirror or the clanking ghoul: It was the fact that everybody there seemed to like him.

“The Chamber of Secrets has been opened. Enemies of the heir… beware” 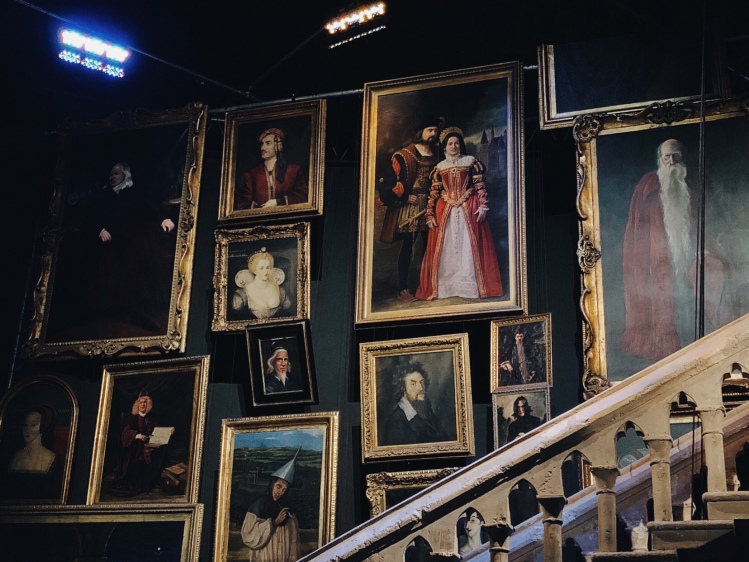 “Smoke from the engine drifted over the heads of the chattering crowd, while cats of every colour wound here and there between their legs. Owls hooted to each other in a disgruntled sort of way over the babble and the scraping of heavy trunks.”

“Welcome to the Knight Bus, emergency transport for the stranded witch or wizard . Just stick out your wand hand, step on board, and we can take you anywhere you want to go. My name is Stan Shunpike, and I will be your conductor this eve- ‘

“Mr. and Mrs. Dursley, of Number 4, Privet Drive, were proud to say that they were perfectly normal, thank you very much”. 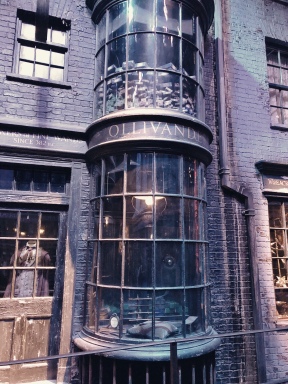 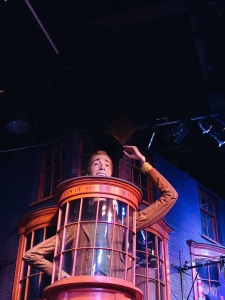 “There were shops selling robes, shops selling telescopes and strange silver instruments Harry had never seen before, windows stacked with barrels of bat spleens and eels’ eyes, tottering piles of spell books, quills, and rolls of parchment, potion bottles, globes of the moon…“ 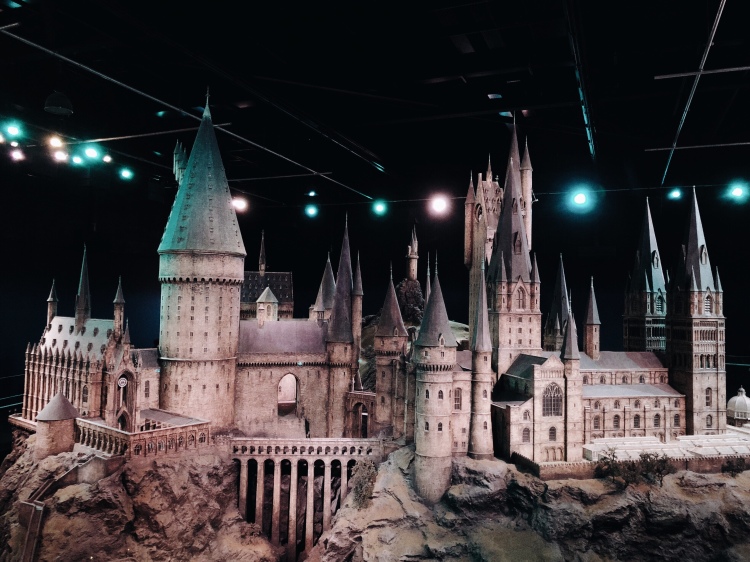 “Hogwarts will always be there to welcome you home”